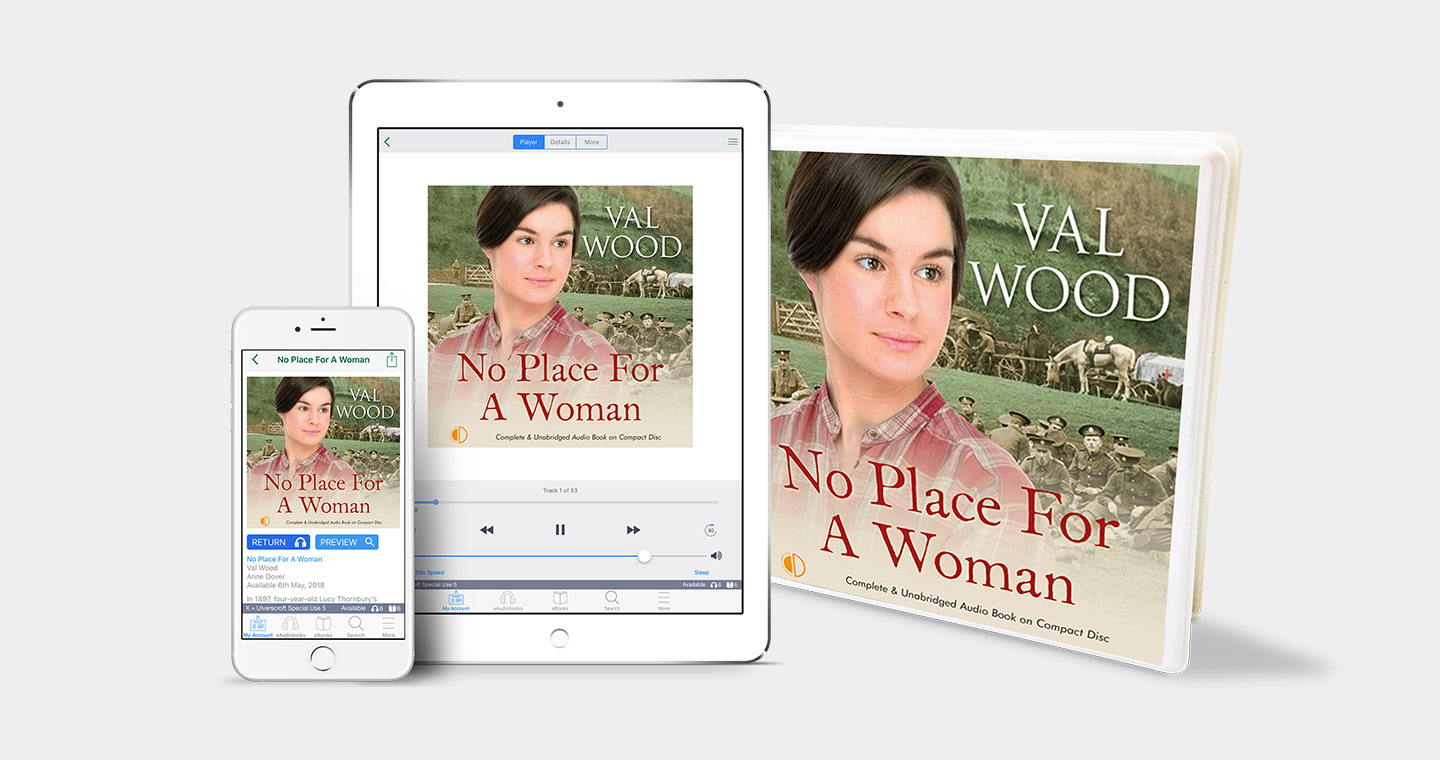 What devices do the new uLIBRARY apps run on?

The new uLIBRARY apps run on smartphones and tablets running iOS 9.3 and above or Android 5.0 and above. There is also a desktop version that can be used in browsers on laptop and desktop Windows and Mac OS computers.

Where does the user, loan and book data used by the apps come from?

The apps connect by 3G/4G and/or wi-fi to Ulverscroft’s user, loan/reservation and title system for their data. When offline, the apps still allow end end users to display their loans and listen/read to eAudiobooks/eBook they have borrowed and downloaded.

This displays a list of suggested titles for the end user, curated by Ulverscroft.

Can the end user change their email address using the new uLIBRARY apps?

Yes, within the Setting options the end user is able to change the email address registered to their Ulverscroft account.

Can the playback speed be changed when listening to an eAudiobook?

Yes, by using the speed control on the audioplayer, the playback speed can be changed to between 0.5x and 3.0x the recorded speed.

Is there a sleep function for eAudiobooks?

Yes, using the sleep timer on the audioplayer, playback can be automatically stopped after 10, 15, 20, 30, 45 or 60 minutes, or at the end of the track currently being played.

How does the DRM for eBooks work?

DRM on eBooks is built into our apps using a highly secure system. The DRM means user, device and licence authentication is completely invisible to the end user, but is fully controlled and managed by the back-office DRM system.

Can the end user read their borrowed eBooks when offline?

Yes, after having downloaded an eBook, it can be read (and also, importantly for the publisher, even when offline, eBooks are also protected by DRM after they have been downloaded.)

Can the end user create bookmarks within an eBook?

Yes, the eBook reader allows bookmarks to be created and managed for eBooks that have been downloaded.

How does an end user on a desktop or laptop computer listen to eAudiobooks they have borrowed?

On a Windows or Mac OS desktop or laptop computer the end user will be able to listen to a title through an integrated player within the browser.

How does an end user on a desktop or laptop computer read eBooks?

What help is available to end users when using the app?

Can the end user contact anyone for more help?

Using the ‘Send Feedback’ option of the More screen, the end user is directed to the email system on their device from which they can send an email to us to provide feedback or ask for further help.

uLIBRARY provides a secure and reliable app for library patrons, ensuring a secure, smooth space to browse, borrow, and return eBooks and eAudiobooks.

The uLIBRARY App is available and supported using: iOS (9.3 and above), Android 5.0 and above.